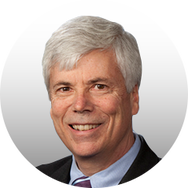 William B. White
​Chairman of the Board

William White has extensive global leadership and public company director experience. He is currently the Chief Operating Officer for Woodland Biofuels, which is commercializing technology for low-cost bio-ethanol production, and Director and Chairman of CHAR Technologies, a catalytic desulfurization company. He served as Director and Chairman of Afexa Life Sciences from 2009-2011 and is also a past Director of Helix BioPharma Corp., Progressive Waste Management Solutions, and MaRS Discovery District. William had a 34-year career with E.I. du Pont de Nemours and Company, where he retired as the President of DuPont Canada in 2008 following progressive roles spanning senior management, sales, technical and operations, domestically and internationally. William chairs the advisory board for the Schulich Center of Excellence for Responsible Business and received his Institute of Corporate Directors (ICD.D) certification in 2012. 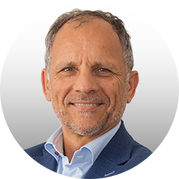 Mr. Crossland was appointed President and Chief Executive Officer of Thermal Energy International Inc. on August 7, 2009. He is an accomplished corporate finance and corporate development professional with over 20 years experience successfully executing a broad range of debt, equity and merger and corporate acquisition transactions.  Previously as Managing Director of Corporate and Investment Banking at a major Canadian bank, and more recently as an independent consultant, his focus was assisting renewable and alternative energy and clean tech companies execute their business plans and realize their full potential.  This assistance included: capital structuring, public and private debt and equity financing, project development and finance, merger and acquisition execution and advisory, strategic advisory, general management and Board of Directors and Advisory Board roles.  As a result his experience in this sector encompasses more than 20 equity, debt and corporate development transactions totaling over $2 billion with a wide range of alternative energy companies, projects and technologies including hydro, wind, biomass, starch based ethanol, cellulosic ethanol, landfill gas to electricity, municipal solid waste electricity, heat recovery and biogas.  Mr. Crossland obtained his MBA from McMaster University and a B.Sc. from the University of Guelph. 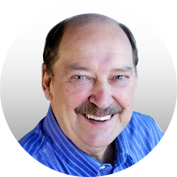 John Kelly served as Chairman of the Board from September 15, 2009 to November 24, 2021. Mr. Kelly is recognized as a pioneer in Canadian technology with over 35 years of entrepreneurial and executive experience in this sector.  Mr. Kelly is currently Chairman and Partner of Enable Business Advisors Inc. Previously he was President and CEO of Clearford Industries Inc. from 2008 until 2009 and CEO of JetForm Corporation from 1995 until joining Reid Eddison in 1999, where he was a principal until 2008. From 2001 until 2007, Mr. Kelly was Chairman of NexInnovations Inc.  Prior to that, he founded Why Interactive, was a founder of Computer Innovations Distribution Inc. and Nabu Network Corporation, and was also a founder of SHL Systemhouse Ltd. (since acquired by EDS).  He is currently Co-Chair of Canadian Advanced Technology Alliance (CATA), Canada’s largest association representing the Canadian advanced technology industry to Government and the public. Mr. Kelly has received many honors and awards including Master Entrepreneur of the Year, Ontario (1997), Most Respected CEO, Ottawa (1998), Civic Entrepreneur of the Year, Ottawa (1999) and Ottawa’s Business Man of the Year (2001). In November 2004, Mr. Kelly was inducted into the Canadian Information Productivity Awards (CIPA) Hall of Fame and in May 2005, he received the United Way Volunteer of the Year Award.  He holds an honors B.B.A. degree in Finance (Iona College, New Rochelle, New York), an honors Law degree (University of Ottawa, Ottawa, Canada) and an honorary Doctorate from the University of Ottawa (Ottawa, Canada). 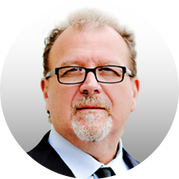 Mr. Williams is currently an Associate Portfolio Manager with Independent Accountants Investment Counsel Inc.  He possesses a background which will be of great benefit to Thermal Energy, having spent nine years with Honeywell Limited in the role of Sales Manager and Senior Account Executive, where he was the lead sales liaison for the Thermal Energy relationship.  Additionally, Mr. Williams spent two years with Johnson Controls as the Manager of Program Development in Eastern Canada, where he was responsible for the management of an engineering team mandated with the development of technical and financial solutions and the performance of energy retrofit programs.  At Johnson Controls, he was also instrumental in working with Thermal Energy to develop and execute the cooperative agreement between the two organizations.  In addition to an MBA, Mr. Williams holds both P.Eng. and CFA designations. 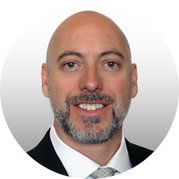 Dr. Spagnolo is the Senior Vice President, Oil & Gas of Ausenco, a global engineering, procurement, construction management, and operations service provider to the energy and resources sectors.  Prior to joining Ausenco, Dr. Spagnolo was the Founder, President and Principal Engineer of Reaction Consulting Inc., and the President of Triumph-Effisyn Ltd. His strong technical capabilities are a result of over 15 years’ experience in bitumen production, upgrading and midstream operations.  His experience covers a wide range of activities including; plant operations engineering, plant troubleshooting, turn-around activities, owners’ process engineering representative, front-end engineering, and owners’ business development technical specialist.  The combination of operations experience, engineering design and business development engineering provide the basis for his approach to problem solving.  Dr. Spagnolo holds a Ph.D. in Chemical Engineering from the University of Alberta, a B.Sc. in Chemical Engineering from the University of Waterloo and has completed the ICD, Directors Education Program. 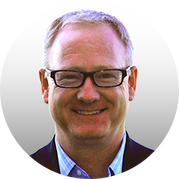 Mr. Ollerhead is the principal of Ollerhead Capital, a division of a private family investment and management services company, Chunkerhead Ltd, which he founded, and of which he serves as Managing Director.  He has over 25 years of experience in the capital markets and corporate finance field. He presently serves as CEO of Cuspis Capital Ltd. (TSX-V: CUSP.P), and has served on several other boards of both public and private companies, and not-for profit organizations, as Chairman, director, and as a member and chair of Audit Committees. Since founding Ollerhead Capital in 1997, he has provided advisory services in respect of the structuring and arranging of private debt financing for transactions totaling approximately $800 million. Previously, Mr. Ollerhead worked for an independent full-service investment dealer as a member of both its Corporate Finance, and Fixed Income Sales and Trading departments. Prior to that, he worked with two Canadian institutional investors, MetLife and Sun Life, latterly co-administering approximately $2 billion in private placement investments. Mr. Ollerhead began his career in the capital markets in 1989, as the equity analyst for the Canadian equity portfolio of MetLife.  His investment and capital markets experience has provided him with exposure to, and knowledge of, a broad range of industries.  Mr. Ollerhead holds a B.A. (Statistics) from the University of Western Ontario, and an M.B.A. (Finance) from McGill University. In 2010, he completed the Directors Education Program at the Institute of Corporate Directors at the Rotman School of Management, University of Toronto.