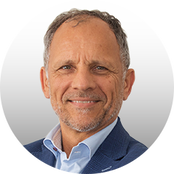 Mr. Crossland was appointed President and Chief Executive Officer of Thermal Energy International Inc. on August 7, 2009. He is an accomplished corporate finance and corporate development professional with over 20 years of experience successfully executing a broad range of debt, equity and merger and corporate acquisition transactions. Previously as Managing Director of Corporate and Investment Banking at a major Canadian bank, and more recently as an independent consultant, his focus was assisting renewable and alternative energy and clean tech companies execute their business plans and realize their full potential. This assistance included: capital structuring, public and private debt and equity financing, project development and finance, merger and acquisition execution and advisory, strategic advisory, general management and Board of Directors and Advisory Board roles. As a result his experience in this sector encompasses more than 20 equity, debt and corporate development transactions totaling over $2 billion with a wide range of alternative energy companies, projects and technologies including hydro, wind, biomass, starch based ethanol, cellulosic ethanol, landfill gas to electricity, municipal solid waste electricity, heat recovery and bio-gas. 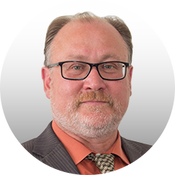 Robert Triebe was appointed Chief Operating Officer responsible for the Americas and Asia on November 2, 2009. He has worked in varying capacities since first joining the Company in 1993. His responsibilities have ranged from research and development, to project design and implementation to his more recent efforts managing the North American and Asian sales team. Mr. Triebe is a Professional Engineer and obtained his B.A.Sc. in Chemical Engineering from the University of Waterloo, and his M.A.Sc. in Environmental Engineering from the University of Ottawa. He has nearly 20 years of energy and environment sales and engineering experience, specializing in energy and water efficiency systems. His expertise has been derived from the large number and millions of dollars, of energy and water conservation projects completed in industrial, institutional, and commercial facilities. Prior to Thermal Energy Mr. Triebe developed and managed the corporate Environmental Process Engineering group with Jacques Whitford Environment Limited (now Stantec Inc.). He is recognized as a technical and business expert in environmental technologies as demonstrated by his ongoing work as an Expert Reviewer with the Sustainable Development Technology Corporation (SDTC), reviewing applications for funding of environmental technologies on behalf of the SDTC and the Canadian government. 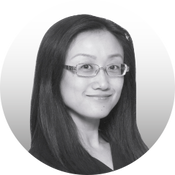 Jie (Julia) Zhang was appointed Chief Financial Officer of Thermal Energy International Inc. on July 31, 2018. Ms. Zhang, a Certified Public Accountant (CPA) and Chartered Accountant (CA) with 14 years’ of financial management and reporting experience, re-joined the Company having previously held the position of Financial Controller from 2012 to 2016. She has a Bachelor of Arts, International Relations and Affairs from Peking University and a Bachelor of Commerce, Accounting from the University of Ottawa. She has spent the last two years with two different publicly traded companies, an environmental engineering consultancy and a large multinational tele-communications business. 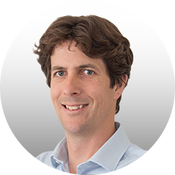 Sam Mawby was appointed as Technical Director for Thermal Energy's GEM Trap product range following the purchase of Gardner Energy Management in 2008. Sam started his career at GEM in 2001 on a student placement while studying for his Master’s Degree in Mechanical Engineering at the University of Wales, Swansea. Following completion of his degree, he became a full time member of the GEM team.  He worked closely with the inventor of the GEM Trap and together they expanded the product range, strengthened the supply chain and extended the sales network into new territories.  Since then Sam has been involved in all areas of the business: developing new products; technical improvements; and developing and fulfilling business in the Middle East and the Petrochem sector.  Sam is currently responsible for business development with our multinational clients and the worldwide distributor network outside the Americas as well as the management of the GEM Trap product and technical team.  His skills and experience are regularly called upon throughout the world to provide training and to solve technical problems, as such he has traveled extensively, attempting to schedule in surf trips wherever possible. Sam’s intimate knowledge of the product ensures a sound base for development worldwide. 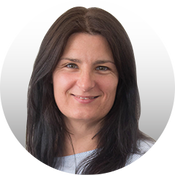 Isobel Wales, B.Eng, MA
Director of Operations
Isobel Wales was appointed GEM Operations Director in 2014 after six years working for Thermal Energy.  Since 2008 she has worked in every area of the GEM product business. Originally appointed as an Engineer to support and develop the GEM Trap, she has since held the positions of Quality Manager, Production Manager and Operations Manager with responsibility for developing the GEM Trap production, supply chain and export areas of the business as well as managing the larger GEM trap projects. In 2013 this was extended to include management of the Technical and Sales Teams in the UK & Italy.  Isobel has spent much of her career at Thermal Energy improving and future-proofing the business, as well as providing the link between the technical, production and sales teams for the GEM product around the world. Isobel holds a B.Eng Hons in Mechanical Engineering and an MA in Brand Development & Design. Since graduating, Isobel has had a varied career including roles in local government, at large multinationals, and as a marketing and website specification role for a VC funded IT start-up company. It is her knowledge of a range of systems and business practices across a variety of organisations that help her identify solutions to continue to move Thermal Energy forward. 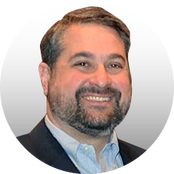 ​
Vince Sands, P.E.
Founder & President, Boilerroom Equipment Inc, a division of Thermal Energy International
Mr. Sands was appointed to the senior management team following the acquisition of Boilerroom Equipment Inc (BEI) in June 2018. He brings to the team over 27 years of experience and expertise in the commercial, industrial, and utility boiler industries. Vince holds a Bachelor of Science, Marine Engineering and Naval Architecture from the United States Merchant Marine Academy. Combined with his military and civilian leadership experience, and university MBA studies, Vince’s practical competency was honed at sea, in engine rooms spanning cargo ship propulsion plants to massive aircraft carrier boilers. Vince is a highly respected and uniquely well-rounded senior executive who has held leadership positions at engineering firms since 1992, including Cannon Boiler Works, Aalborg Industries, English Boiler & Tube, Inc., and Triad Boiler Systems. In 2004, he founded his own business, Boilerroom Equipment Inc., which is now a division of Thermal Energy International that engineers and manufacturers the HeatSponge brand of high-value-added conventional and condensing boiler economizers.
​